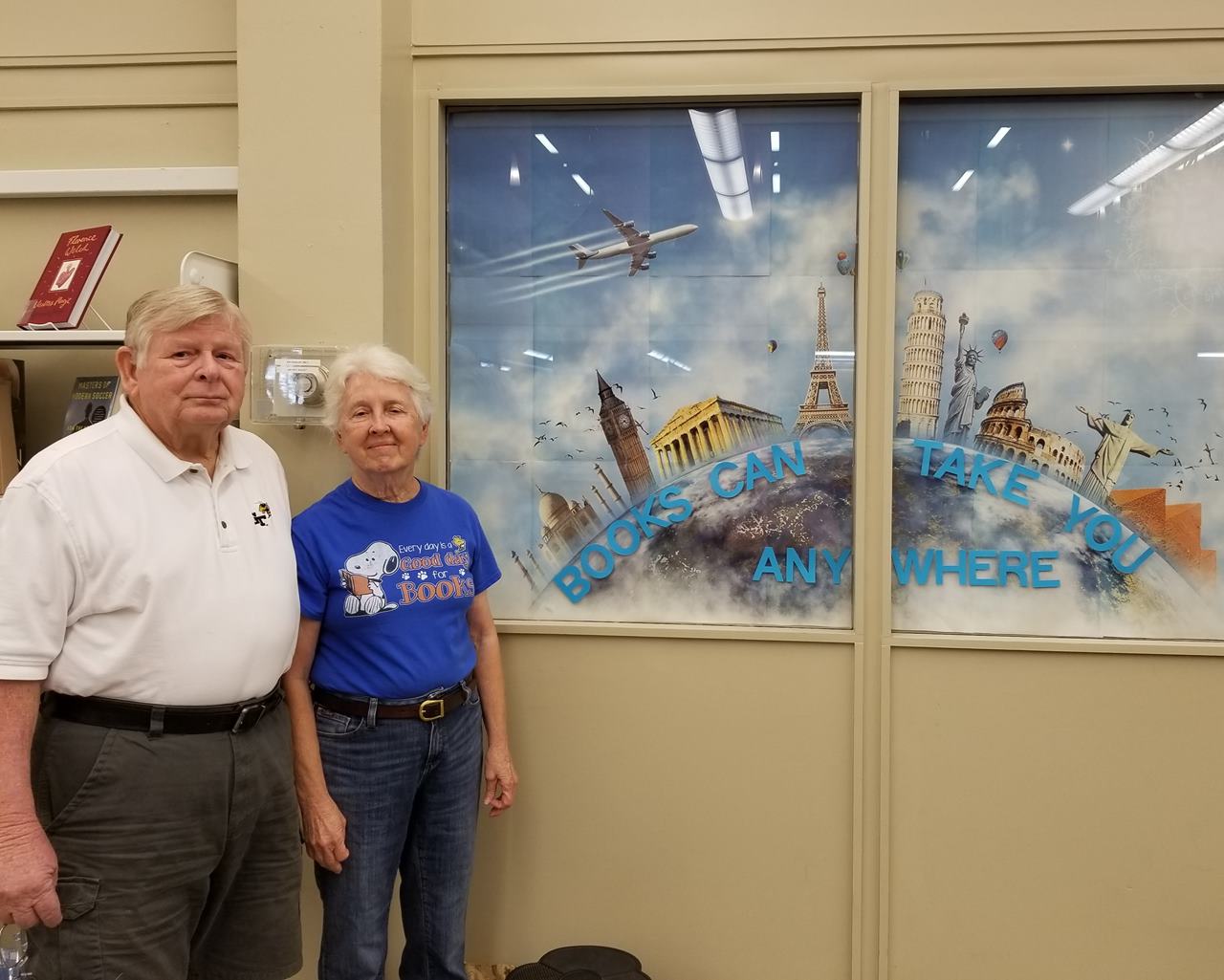 Love from the Harts

As they were reading a book about sharks, Ed Hart and his student came across a sentence describing how a shark’s skin feels like sandpaper. When the student didn’t recognize what sandpaper was or how it felt, Ed came up with a way to help him understand. He brought sandpaper so that he should show the student how sandpaper felt, which was ultimately what the shark would feel like, too.

Ed’s wife, Lu, also tutors and enjoys finding ways to help students connect with books. When they were reading books about springtime, she brought daffodils. When they read “Sylvester and the Magic Pebble,” she brought in a pebble-sized crinoid fossil. Her student was so impressed that she brought it back to show to her entire class, and the class passed it around and treated it like it was a treasure.

Both Ed and Lu grew up with a great love of books and reading, and they want to pass that love along to their students.  When they first started tutoring, Ed’s biggest concern was that the students wouldn’t really enjoy the reading sessions. So, he set the groundwork for them by giving them the chance to pick books that they were most interested in reading.

“The whole thing that I had been concerned about was that they really wouldn’t get involved,” Ed said. “Suddenly there was involvement, because they had a little bit of the power structure, and I think that’s important.”

The students were a little surprised but ultimately, they took to it pretty well and loved making the book selections. They found books about superheroes and sharks, bees and dinosaurs. The students recognized the importance of their choices and listened to the Harts’ guidance. When one second grader brought in a book on the first-grade reading level, Ed helped the student realize that he didn’t have any trouble with that first-grade book, and that he wouldn’t get any better at reading if he always chose books that didn’t challenge him. So, the next week, the student brought a book on a fourth-grade reading level. 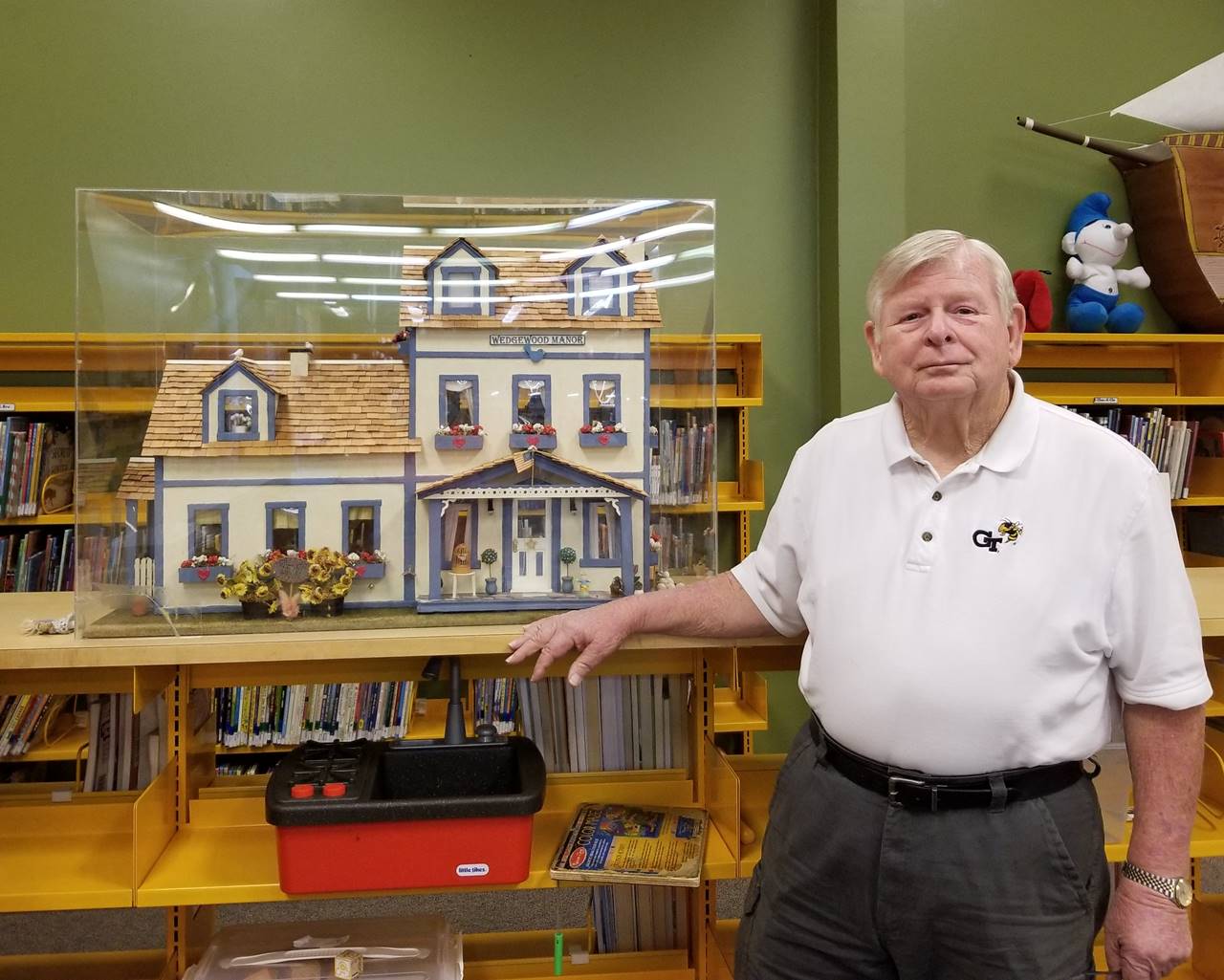 Ed retired from a career in engineering. He and Lu tutor at the same time, so sometimes, he helps Lu’s students when a book involves engineering or architecture. 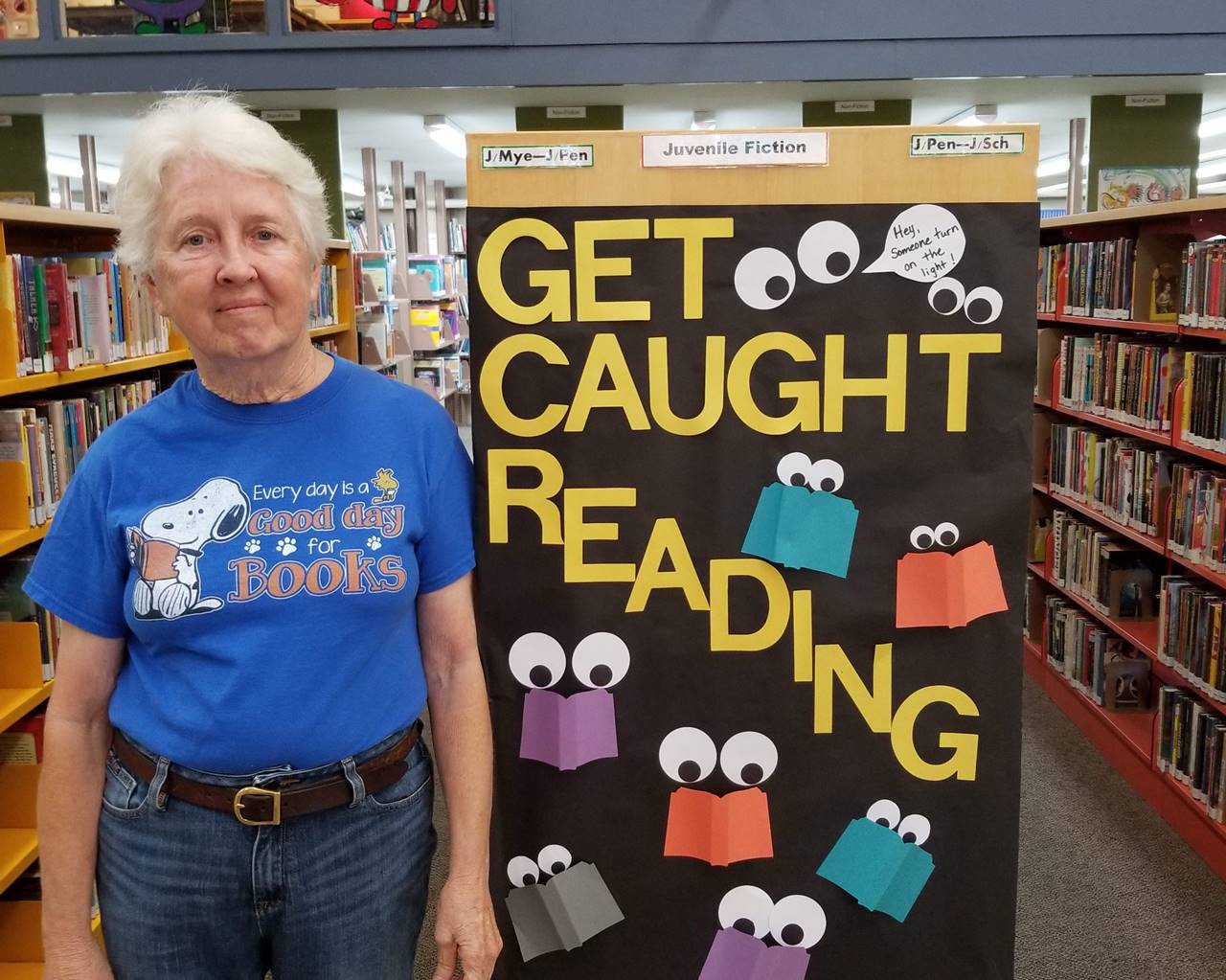 Lu is a retired science teacher. She also loves books and worked part time at the Laman Library in NLR.

Some of the book choices came with other challenges, like when a student brought in a book that was set in France, so they had to pronounce place names that were French. The books about dinosaurs also presented a bit of a challenge, as dinosaur names can be rather complex as well. Since they are scientific names, though, the words often are made up syllables that are the similar from one dinosaur to the next (for example brachiosaurus, brachlophosaurus, brachytrachelopan). So, Ed’s student started realizing that he could learn to pronounce a new dinosaur’s name by picking out the smaller parts of it that were similar to ones he had previously encountered.

This method of reading was similar to the way the Harts had presented the “the -ight words.” They made up a list of words that all have the “ight” sounds in them and showed their students how you could pick out that sound in a word to help you learn a new word.

Ultimately, Ed’s concerns that the students would not want to read with them dissolved, especially at the end of each year, when the students said goodbye with sad hugs, or when they see former students in the hallways running up to greet them.

“They make it very plain that they really treasure that half hour with a grown up,” Lu said.

The students are not the only ones that treasure those reading sessions; the Harts love them as well.

“It’s really fun because it keeps you more in the present day,” Lu said. “Instead of being in the older, adult world, you get to see things through the eyes of a child. You get a fresh look.”

The Harts truly live up to their name with the big heart they have for reading and for children. They prove that you don’t have  to have a background in teaching children to read to be a great tutor.

“It’s the connection with an adult that matters,” Lu said. “It’s seeing that an adult who cares to sit with them that makes all the difference.”

You can make the difference, too, by becoming a tutor. Please click the button below.